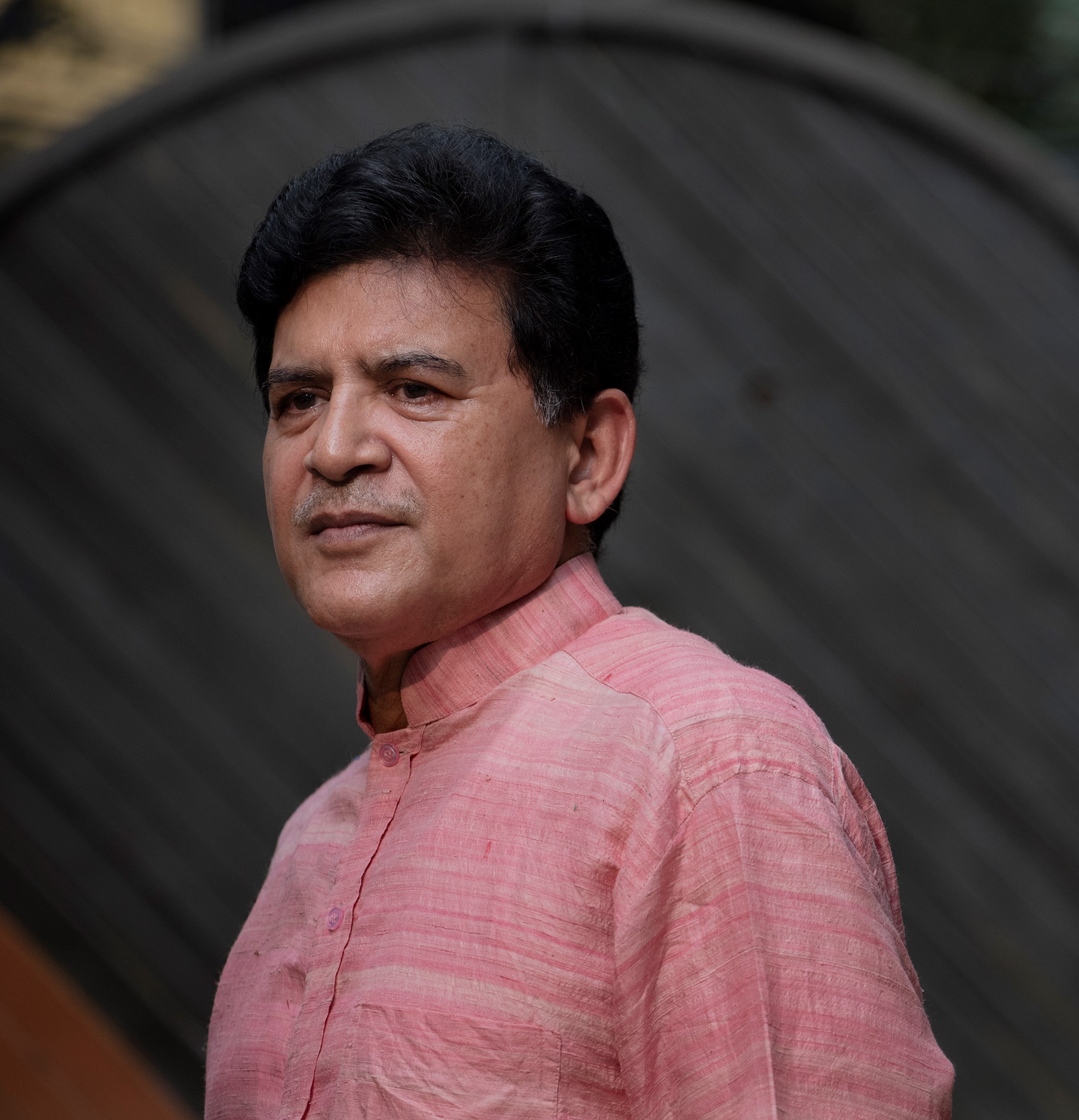 Following the retirement of BRAC Founder Sir Fazle Hasan Abed as Chairperson and his transition to Chair Emeritus in August 2019, Power and Participation Research Centre (PPRC) Executive Chairman Hossain Zillur Rahman has been elected as Chairperson of BRAC Bangladesh, the world’s number one non-governmental organisation (NGO). Dr. Rahman has also served as Adviser to the Caretaker Government of Bangladesh and has over three decades of experience in the field of policy research and policy-making. Dr. Rahman has also been elected as the Senior Trustee of the newly established BRAC Global Board. In a special interview at PPRC, Dr. Rahman gives us an insight into his new role.

What parallels can you draw from your experience as an advisor to the caretaker government to this role as Chairperson of BRAC?

Both are very different in the nature of the task and the challenges they present. One is running the government or the state while the other is an NGO. While one is a highly political job, the other isn’t.

What is common between the two was the unexpectedness of the call. I have always referred to myself as an “accidental policymaker” – both of these opportunities presented themselves unexpectedly. The caretaker advisor role was unexpected, and also highly challenging since I hadn’t walked around in power circles or created linkages with political groups. The BRAC Chairpersonship was also highly unexpected – I haven’t been programmatically close to BRAC. I haven’t had any association or role in the BRAC governance mechanisms or in their institutional structures.

I was requested to be an advisor to two ministries – Ministry of Education and Ministry for Commerce. But in a way, none of the roles were formally defined, and soon became time-consuming. I had to engage in political negotiation and overall political direction of the Government. I was not formally appointed as the spokesperson for the caretaker government but somehow, I landed into these roles.

Again, in BRAC, on paper I am the Chairperson of the Governing Body of BRAC Bangladesh. Sir Fazle Hasan Abed fulfilled many other pioneering roles besides his role as the Chairperson. The position of Chairperson is not accompanied by a clear-cut list of roles and responsibilities. So, I have to make my own efforts to make this role a meaningful and effective one.

What is the most challenging part of this role?

Governance and management. I am interested in the governance role. Earlier, during Sir Abed’s time, the governance and management boundary was not so clear. Governance means two things:  one is ensuring accountability and the other one is providing strategic governance. I have to make my efforts to ensure those two things: that the management’s accountability is being ensured. At the same time, as the chair of the governing body, I have to ensure that the governing body is able to offer strategic guidance to steer the organization in the right direction.

The circumstances under which BRAC is operating, in terms of its activities, its regulatory environment, the funding landscape, are all undergoing major changes. Thus, another challenge is to be able to provide the strategic guidance which keeps BRAC relevant with these new changes in a country with emerging challenges. I promised Sir Fazle Hasan Abed that we will protect his legacy but also enhance it. So that is a major challenge.

There is an additional challenge, which is that BRAC is now also trying to expand its global footprint. A new body has been created called the BRAC Global Board. I have also been inducted into that; I am the Senior Trustee. So, for me the shaping of the global strategy of BRAC is also an interesting challenge.

The final challenge for me is that I am also the Chairperson of PPRC, which has its plate full of activities, its own dreams of expansion and addressing new challenges. There should not be a reality where my role in BRAC is at the cost of PPRC. So, I have to ensure that I give my due time and role to PPRC’s own growth and at the same time also fulfil the expectations of the role in BRAC.

What is the one new thing that you are exploring in this role that adds to your experience as a policymaker?

This is perhaps my participation in the global sphere. Much of my policymaking role has been national, and also regional in the sense that I was a member of the SAARC Poverty Commission. As previously mentioned, I have been inducted as the Senior Trustee of the BRAC Global Board. Now, there is an opportunity for a global experience and playing a first-hand role in shaping global programs. My experience from the roles I have played so far provides the important resource by which I hope to play this new role.

What trajectory do you want BRAC to take under your leadership?

I don’t see it in terms of new directions, etc., I see it as a team effort. So ‘under my leadership’ would mean under overall team effort, because BRAC already has a lot of programs on the ground. But we see that there are new, emerging challenges for Bangladesh. For example, if I take two major social service areas – the issue of health and education – there has been expansion of facilities for both in terms of accessibility. But there is a big question about their quality. If it is a case that we are merely giving poor education to poor people, then ultimately, we are not being successful. We have to give quality education and quality healthcare to everyone. So, one of my key messages to BRAC management and others would be that BRAC has to equip itself to emerge as the key driver of this quality agenda in both education and healthcare.

Then BRAC also has an important role to play in the Youth agenda – enhancing skills of youth, equipping them with the latest technology and inspiring innovation. BRAC is already working on this and needs to focus on it.

There is one other area where I will personally play a greater role than in others. BRAC needs to play an important role in transforming its huge experiences into knowledge capital. Because in the future, BRAC’s impact, both nationally and internationally, will not only be through direct programs but also via influencing others by using this knowledge capital. This would suggest an important scope for collaboration between BRAC and BRAC University, which is an independent entity.

What value of Sir Abed do you resonate with the most?

Three; it is a combination of three things. It is one value but allow me to articulate it in terms of its three components:

First: empathy. Empathy for the disadvantaged, for those who have potential but cannot fulfill it because of lack of opportunities.

Second: Effective and practical solutions to address that empathy. Writing one article about them is not effective; we must introduce actual programs and solutions which can do something for them.

Third: Concern for results. Starting multiple programs is not the end; I have to be concerned about impact, that there are actual positive results coming out of these programs.

These three together, I find, is a world view of what a socially responsible person should do in society. I think this world view is what I extracted from Sir Fazle Hasan Abed.

Sir Abed has mentioned on multiple occasions that the Analysis of Poverty Trends project which you directed at BIDS provided critical ideas for BRAC to start a separate program for the extreme poor – the by-now well-known  ultra-poor program of BRAC. Can you tell us more about that?

Yes, Sir Abed did mention on multiple occasions that PPRC’s poverty research , conducted in its pre-PPRC years with BIDS, played a vital role in his initiatives. The Analysis of Poverty Trends (APT) program experience was critical to two things: one was that existing poverty programs were excluding the extreme poor, therefore there was a need for a separate program for them. This was when BRAC started its ultra-poor program. There was also a need for programs to address people vulnerable to poverty, called the missing middle. BRAC Bank was perhaps a response to the idea. Sir Abed himself acknowledged on multiple occasions that this research knowledge played an important role in shaping his initiatives for the ultra-poor on the one hand and the vulnerable non poor on the other hand.

How has the PPRC experience contributed or prepared you for your current role?

In both my roles as Advisor to Caretaker Government and as BRAC Chairperson, I have not felt overwhelmed. Rather, I have taken it as routine, as another challenge. I am quite confident that I will address the challenges.

The PPRC experience, I feel, in the way we have worked in the last three decades, has in a way equipped us to address these challenges. We always try to know the ground realities firsthand; we try to consult to find the best answers going forward and address the issues that come up; we also want to make sure we are effective, and not just take up a position.

So, I don’t feel overwhelmed at all, I just see this as another challenge to address.