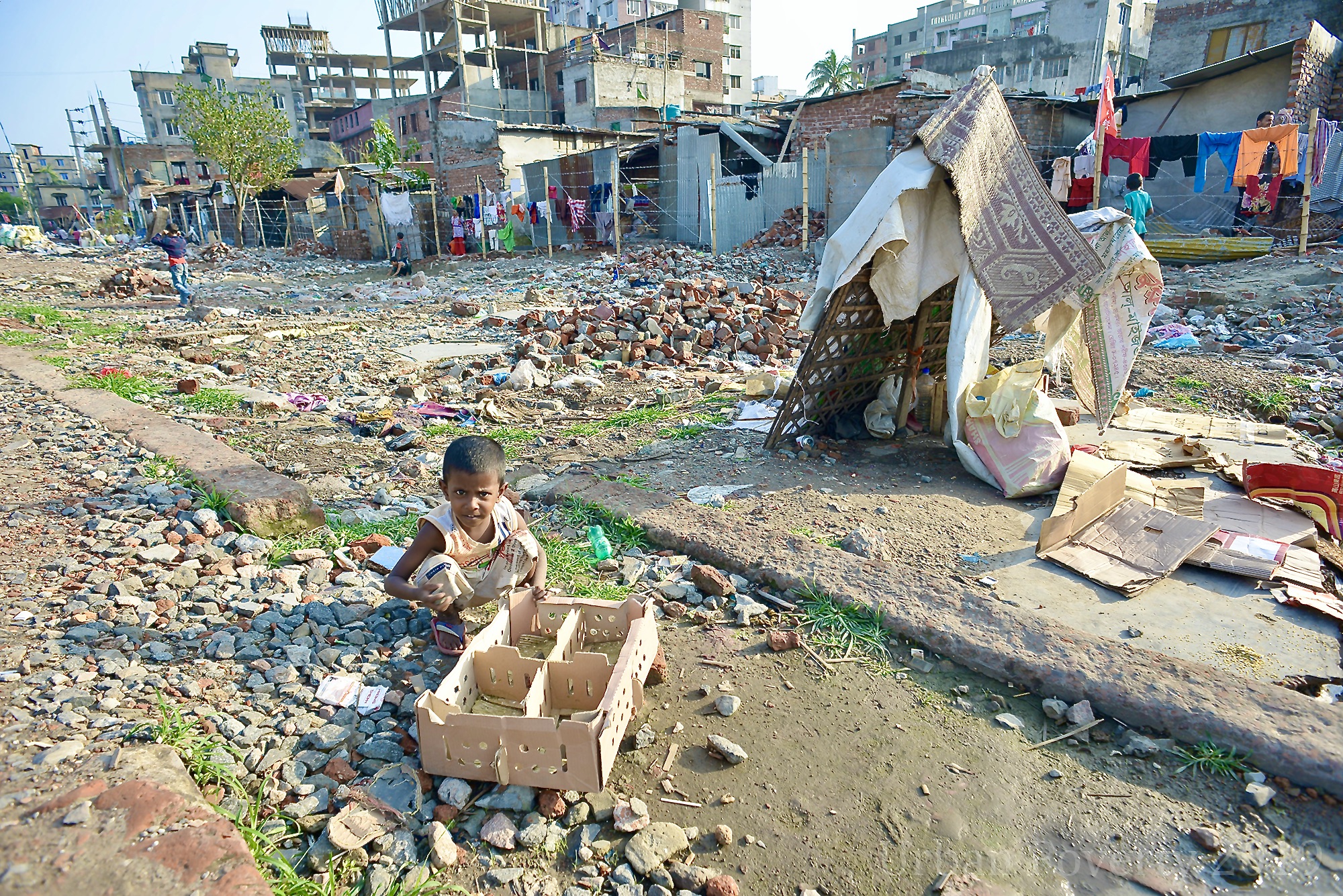 The poverty landscape in Bangladesh has shifted considerably over the past few years. The percentage of people living below the national poverty line dropped by 2.5% between 2016 and 2018. The celebration of this success lacked critical reflection on the sustainability of this progress. The COVID-19 pandemic brought with it two simultaneous crises – a health crisis that disrupted our healthcare system and an economic crisis that disrupted livelihoods. Quite quickly, the cracks in the pillars holding up our economy became apparent.

PHASE II of the PPRC-BIGD Rapid Response Research on the Poverty Impact of COVID-19 reveals the fragile nature of progress that we have achieved over the past decade. We realize that the gains on the poverty front are easily reversible. When tracking poverty progress, it is important to consider the multidimensionality of poverty, meaning it is no longer enough to only assess income indicators. Alongside income earned from a particular occupation, we need to consider the occupational risks that come attached to the job, factors such as occupational informality as well as the ability to transition between jobs. For example, although housemaids earn a decent income, around 54% of housemaids became unemployed during the crisis, and remained so, with only 4.96% able to switch to other forms of work. Out of all occupations from our study, this occupation was the worst hit. These factors can provide a holistic picture of how resilient or vulnerable individuals are against the risks of poverty.

Vulnerability in economic analysis is the inability of economies or individuals to withstand shocks. Sources of vulnerability for low-income populations can range from loss of livelihood, illness in the family, or even injury or accidents to external shocks such as economic downturns, public health crises, natural disasters, environmental disasters, and violence. The transient nature of poverty gains in our country means that families belonging to different low-income categories – extreme poor, moderate poor, non-poor – are all greatly affected by these factors. With little resiliency, families are also constantly moving between the different income categories. During periods of crisis especially, the lines are blurred and we see an overall downward shift. The poor become part of the moderate poor, while the latter bleeds into the extreme poor. Hoisting people up by a thread just a little above the poverty line does little in terms of reducing their vulnerabilities. In fact, it is not just those below the poverty line that are affected. The PPRC-BIGD study identifies one more category of people who are vulnerable to such downward mobility risks – those just above the poverty line. The study finds that as a result of the COVID crisis, this group, defined as the vulnerable non-poor, also experienced downward mobility adding them to the population living under the poverty line. This group forms the ‘new poor’ community, who fell into poverty directly as a result of the crisis.

Given this context of poverty dynamics in Bangladesh, what do findings from the two-phase PPRC-BIGD survey tell us about the apparent gains from the reopening of the economy?

Since the reopening of the economy, some economic activity has restarted, however, earnings have not been enough to reverse the steep decline in April just after the beginning of ‘general holidays’. In urban slums, around 84% of households reported some form of economic activity in June compared to a mere 34% in April. However, the earnings gap between February and June remained as high as 38%. In PHASE I of its study in early April, the PPRC-BIGD team found that around 77% of the vulnerable non-poor group fell below the poverty line. The new poor dynamic has not reversed its course, leading to a high percentage of new poor adding to the pool of poverty-stricken households. In June, the proportion of new poor declined by only 1.1% compared to April and stood at 21.7% Similar to the general poverty alleviation gains in our country, fragility exists in the process of economic recovery from COVID-19.

Mobility trends between the months of April and June also shed light on the fragile nature of this recovery. Migration trends typically show rural to urban mobility as cities are considered to be the land of opportunities. However, the pandemic has given rise to a significant level of urban to rural migration, with many low-income families being driven out of cities. During the initial stages of the crisis, with a countrywide ‘lockdown’ and a sudden disruption to people’s livelihoods, low-income families relied on savings and reducing consumption as means of shock absorption, and we saw that only around 6% of people left cities. Between April and June, out-migration rose by 7.3%, and for Dhaka alone, this was 15.6%, indicating that the initial coping mechanism proved insufficient given the length of the crisis period. This urban to rural migration is largely due to expenditure burdens. House rent, health costs, transport and utility costs are becoming increasingly expensive for a section of the population, forcing them to return to their places of origin.

The policy message from the PPRC-BIGD study urges the provision of stimulus packages geared towards informal occupations, and policy emphasis on expenditure burdens for the ‘new poor’, amongst others, as the key ways to address the fragility. To speed up the recovery process, and seal the gains on the poverty agenda, it is vital to rethink our approach to poverty, considering the class of ‘new poor’.

Understanding the Plight of Day Laborers in Dhaka