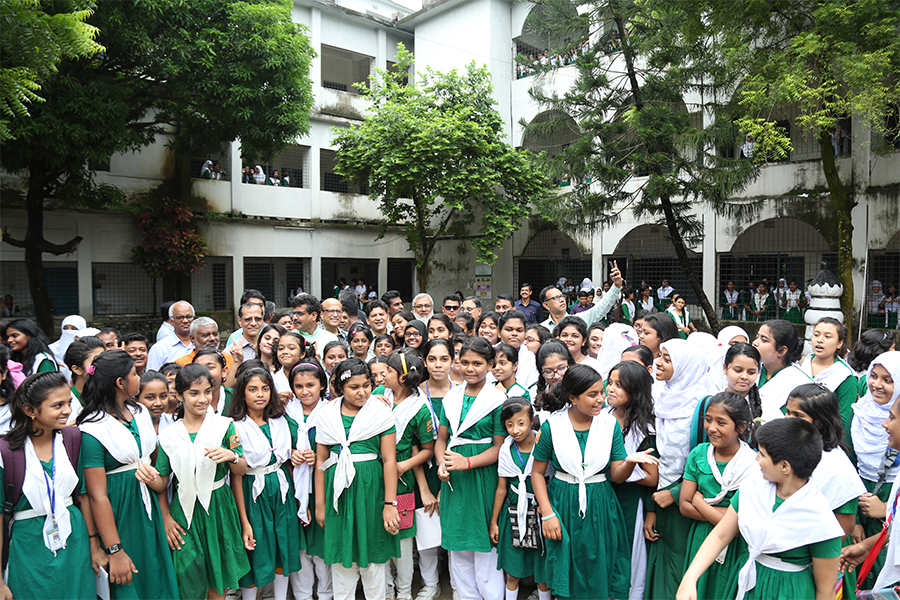 A team from the PPRC’s national platform, Healthy Bangladesh, visited Jhenaidah as part of the project ‘PRERONA’, to promote UHC, school health, clean cities and general fitness as part of the project ‘PRERONA’, is a series of regional dialogues and civic walks that have been implemented all across Bangladesh in 11 districts to promote the UHC agenda. Despite numerous programs existing on paper, school health is a relatively neglected priority across Bangladesh.

Students of Fajar Ali Girls School & College, Jhenaidah Govt. Girl’s High School and Poura Model School & College opened up on the basic challenges of school health during face-to-face dialogues in the school premises jointly facilitated by Jhenaidah Poura Mayor Saidul Karim Mintu and Healthy Bangladesh convener Hossain Zillur Rahman. One major concern echoed by all was issues related to  menstruation. Students mentioned that stigma attached to menstruation meant that few were talking about the necessary information required by female students. They further said  that policy-makers were unaware of the all the health burdens faced by these students. During menstruation, a large number of female students avoid school for lack of women only toilets.